The Health of Educators 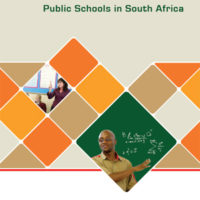 Various factors influence the health and wellbeing of educators within the school environment. These include work dissatisfaction and overload, personal health issues – including HIV infection, tuberculosis (TB) and noncommunicable diseases – and exposure to violence. This research study, funded by The Global Fund through NACOSA on behalf of the DBE and SANAC, looks at the health of educators in public schools, particularly relating to HIV prevalence and awareness.

The Health of Educators in Public Schools