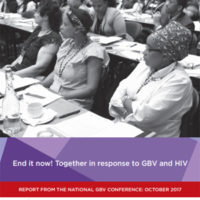 The End it Now! Together in Response to GBV and HIV Conference, organized by NACOSA and AFSA and funded by the Global Fund, was held in October 2017. This comprehensive report from the proceedings includes the Conference Resolution and evaluation survey report. “The conference was excellent. It was such a massive exposure. It was bringing insight as to what is happening to women throughout our communities.” – Conference participant

Resolution calls on all sectors to End it Now! 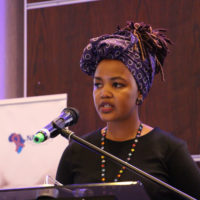 The national conference to promote linking, learning and action on the state response to gender based violence (GBV), the interaction between HIV and GBV and the impact of GBV on young people – End it Now! Together in Response to GBV and HIV – issued the following resolution: The assembled delegates, Recognising the extent and severity of GBV and HIV in South Africa, Understanding the links between GBV and HIV and the burden that falls particularly on young women and girls, Acknowledging the importance of a strong collaboration between government actors, local and international donors and civil society organisations, Celebrating… 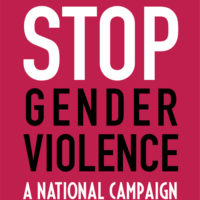 A coalition of civil society organisations are calling for a national strategic plan on gender-based violence (GBV) to include an expanded definition of GBV, filling the gaps in implementing existing laws, improved and expanded psycho-social services, increased investment in prevention and research and robust accountability mechanisms with suitable resources. In a shadow framework document released today, the Stop Gender Violence campaign maintains that if it is developed through broad-based national consultation and engagement, a national strategic plan to end GBV – like the one developed for HIV, AIDS and STIs – could be a powerful lever of change. Gender-based violence… 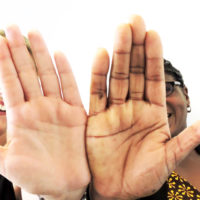 The 16 Days of Activism for No Violence Against Women and Children is an international awareness-raising campaign. It takes place every year from 25 November (International Day for the Elimination of Violence Against Women) to 10 December (International Human Rights Day). The period includes Universal Children’s Day and World AIDS Day. We shared a positive action a day to stop violence against women and girls. 16 actions for the 16 Days of Activism that anyone can take – it’s in our hands to stop the violence. #1 Become aware Understand violence against women and children. What is it? What drives… 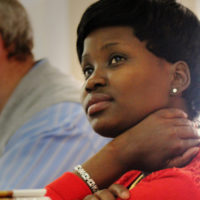 Today marks the International Day of the Girl Child, a United Nations-led initiative supporting the more than 1.1 billion girls worldwide. Girls have the potential to be a powerful force for shaping a sustainable world. The Day aims to highlight the fact too many girls around the world have their potential and dreams thwarted by violence, discrimination and inequality. Some of the major issues facing girls all over the world: One in 3 girls in developing countries (except China) are married before turning 18 Poor girls are 2.5 times more likely to marry in childhood than wealthy girls Child marriage usually…

Road to Justice: The Rape Trial 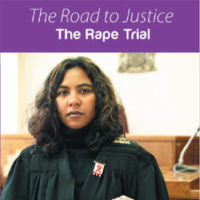 The Road to Justice 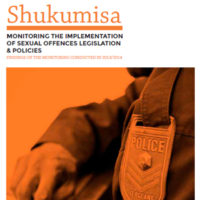 The Shukumisa Campaign‘s Monitoring Report provides a great overview of the implementation of sexual offences legislation and policies by the South African Police Service (SAPS) across the Eastern Cape, Western Cape, KwaZulu-Natal and Gauteng. Shukumisa: Monitoring the Implementation of sexual offences legislation & policies, Findings of the monitoring conducted in 2013/2014  found that “The services available at police stations across the country continue to vary from station to station, and vary significantly between provinces.”