Celebrating the people of the AIDS response 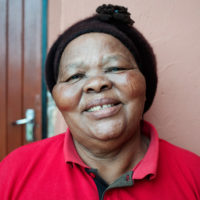 We’re celebrating the people of the South African HIV & AIDS response at ‪#‎AIDS2016‬ as well as the achievement of our Global Fund programme from 2013-2016. As principal recipient for the Global Fund to Fight AIDS, Tuberculosis and Malaria, NACOSA worked to build the capacity of community organisations, scale-up prevention programmes for the most at-risk populations, increase the coverage and uptake of HIV counselling and testing, increase access to services for people living with HIV and strengthen support for orphaned and vulnerable children. Our new digital celebration – Portraits – has the full stories of some of the inspirational people who have been involved in this programme, research and programme evaluation…