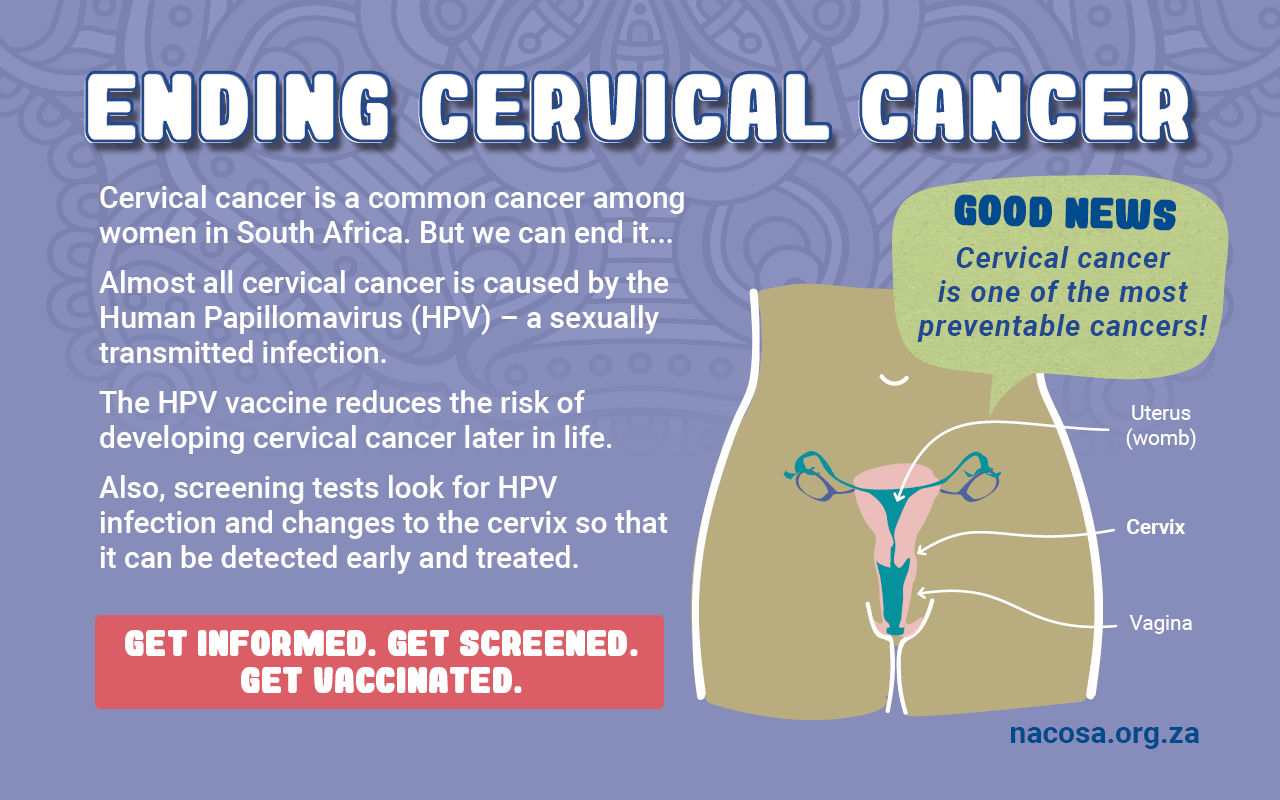 Cervical cancer is the second most common cancer among South African women, and the cancer women die of most in our country. But it is also one of the most preventable and treatable forms of cancer so it is in our hands to end it.

The cervix connects the vagina (birth canal) to the womb (uterus). Sometimes the cells of the cervix can become cancerous. While all women are at risk for cervical cancer, it happens most often in women over the age of 30.

Almost all cervical cancer is caused by the Human Papillomavirus (HPV) – a sexually transmitted infection also known as genital warts. Women living with HIV are at an increased risk of getting HPV (because of a weakened immune system) and so tend to be diagnosed with cervical cancer more and at an earlier age.

The good news is that there are vaccines and screening tests that prevent cervical cancer from developing.

South Africa has a free screening programme for women over 30, involving a pap smear, which tests for HPV infection and early changes to the cervix which may later develop into cervical cancer. The earlier cancer is found, the easy it is to treat.

January is Cervical Cancer Awareness month and the World Health Organisation is encouraging us to get informed, get screened and get vaccinated.

Let’s all work together to end cervical cancer in South Africa!