Address to the National Men’s Parliament 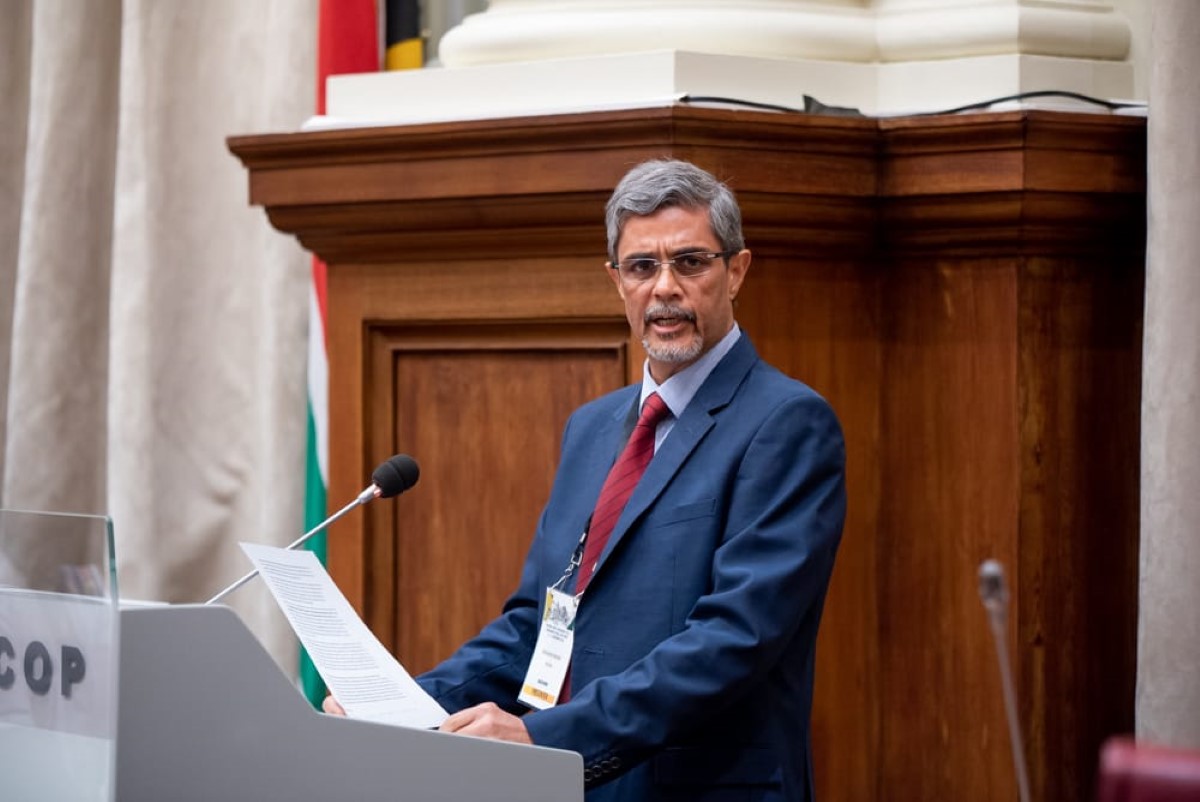 NACOSA’s Executive Director, Mohamed Motala, was asked to address the National Men’s Parliament held at the National Council of Provinces, Parliament of South Africa on working with adolescent boys and young men. This is what he said.

“Thank you for the opportunity to address this house and the nation on building a movement to end gender-based violence, advance socioeconomic development and promote men’s health. I have been asked to speak on adolescent boys and young men’s programmes.

Men in our society are expected to be the providers and earners in the family, and this places an immense pressure on men. Men are more likely to commit suicide than women, and are less likely to report feelings of depression or anxiety. Harmful gender norms and patriarchal attitudes are deeply rooted in our society and they impact negatively on women as well as on men. Men are expected to be strong and are not encouraged to talk about how we are feeling and express our emotions. This can stop us from thinking about our role as men in perpetuating gender-based violence and doing something about it.

Men are both the main perpetrators of violence as well as making up the majority of victims.

Research tells us that men are less likely to get tested for HIV and know their status. They are also less likely to access and stay on treatment. While the focus of our prevention efforts tends to be on adolescent girls and young women, young men remain at high risk of HIV.

NACOSA implements a number of programmes that engage men and boys to address the harmful gender attitudes that are at the root of gender-based violence. These include dialogues, violence prevention workshops and men’s testing and health awareness events. In these programmes, we try and infuse the curriculum with behaviour change education and men’s role in the subtle and implicit ways in which gender-based violence is overlooked and even fuelled. As an organisation, we try and address this amongst boys and young men by having dialogues where we find young men rather than getting young men and boys to attend learning events.

Our most successful way has been to hold dialogues in taverns and shisanyama’s where young men can be easily accessed. Interventions that provide a space for men and boys to talk about the issues they face and co-design solutions are critical if we are to address the interlinked issues of HIV and gender-based violence in South Africa.

The extent of gender-based violence in our country is beyond being comprehensible and new facts emerge every day about how women are violated. Did you know that a women using public transport going to work has to deal with around 30 instances where, just because she is a woman, her dignity and rights as a person are trampled on? A man will look at her the wrong way, step in front of her whilst boarding a taxi, make a comment about how she is dressed, feel free to just say anything in her presence and, let’s not  forget, much more in private with the guys.

Whilst we had our clothes ironed and dishes cleared and washed after meals, our sisters assisted mum to clean the house every day and we only washed the cars on weekends, slaughtered animals , made the fire for the braai and assisted dad with all the cool stuff to do around the house, like working with tools.

I remember witnessing horrific beatings of women by drunk men in single sex hostels whilst growing up on the sugar cane plantations, and whilst I felt sickened by what I saw – and it haunted me well into my adult years – I don’t have any recollections of men intervening in public spaces when this happened. Today, a young white boy saying “samadoda thina, sidlinyama” whist being served by an older woman, is considered cute and spreads like wildfire on social media.

NACOSA  works with partners in over 116 post-violence care centres across the country as part of our Community-based Violence Prevention and Response programme and is also involved in designing and building  four new, post-violence care centres in the Western Cape and Gauteng. Shockingly, three quarters of sexual violence survivors reached with services in these centres where NACOSA works are under the age of 24. Violence against women and children has increased since before the Covid-19 pandemic started. The most recent South African Police Service statistics show significant increases in rape and sexual assault at the top 30 stations – in some places, by as much as 200%.

However, sadly this work and effort all of us do collectively is responding to the results of gender-based violence and we need to stop it from happening in the first place. I think we know enough about the extent of the problem and not enough about what we are doing as individuals, organisations and as a country. I urge you to bring it out into the open, make the issues more visible, call them out where and when you see them. Don’t be afraid of the repercussions to yourself.

If we can address and start to change the patriarchal attitudes in our society, we can make South Africa a more healthy, equal and safe place for men, women and gender non-conforming people.

Providing leadership and behaving in ways that are more openly visible and intentional by us as older men will go a long way in changing the current situation. Both in our personal lives and in work places and most importantly in public where others can see and learn, let us be mindful of the existence of gender-based violence and the subtle ways in which men’s dominance over women in our homes, at work and publicly hides and drives gender based violence. Let us commit ourselves to changing first ourselves and then only will the world where women are the at the bottom and experience the worst unmentionable form of violence like rape become history.