Invest to end TB and save lives 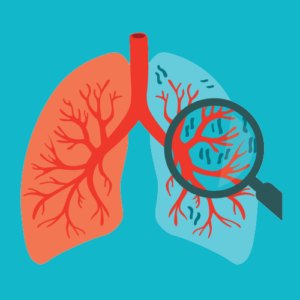 TB is one of the world’s oldest diseases but, although it is now curable, it is still a leading cause of sickness and death globally. South Africa is one of the 30 highest burden TB countries in the world and it remains our leading natural cause of death. An estimated 167 people in South Africa lose their lives to TB every day. TB and HIV are closely linked, with over 60% of people with active TB also living with HIV.

South Africa’s rates of active TB are some of the highest in the world, a situation that has not been helped by the arrival of Covid-19. We are among four high-burden countries where there were large drops in reported numbers of people diagnosed with TB because of Covid-19 (WHO, 2020). Covid restrictions have also reduced treatment uptake and adherence. Multi drug-resistant TB (MDR-TB) and extremely drug-resistant TB (XDR-TB) – which come about because people don’t finish their medication – are much more difficult to treat and on the rise.

TB is a public health emergency that needs to be addressed urgently to save lives and livelihoods.

One of the major drivers of TB infection and treatment failure is stigma and fear. While alcohol abuse and smoking play a role, fear of the disease and the shame associated with having TB prevent people from getting tested for TB when they develop symptoms. It is a disease which thrives in poverty and silence – where people are living in close quarters, with poor ventilation and nutrition.

TB has thus become the ‘poor relation’ of pandemics and receives far less attention than HIV and AIDS and Covid-19. Of the US$ 15 billion annual funding for TB promised by world leaders in 2018, less than half has been delivered. This funding gap – as well as the arrival of Covid-19 – threatens to hamper global progress to combat TB.

The theme of this year’s World TB Day is aptly: “Invest to End TB. Save Lives”.

Of all age groups, adolescents and young people with symptomatic TB are most likely not to seek care (82.3%), according to the TB Prevalence Survey in 2021. More effort is needed to encourage a culture of screening and testing for TB, particularly among young people.

Get TB Tools and Materials >

What can we do to play our part in stopping TB?

Get Screened. End Stigma. Save Lives. 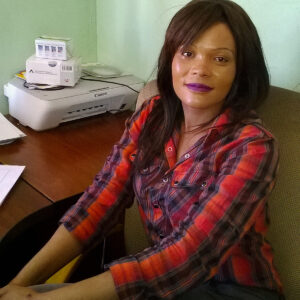 Loveness, a young site coordinator from Gauteng, was diagnosed with extra-pulmonary TB (TB that affects tissue outside the lungs). This kind of TB is not as common as pulmonary TB that affects the lungs. When Loveness found herself getting sick and after a few days could not walk or talk, she was admitted to hospital for tests.

“After being diagnosed, I was shocked. TB was the last disease I expected! But I also felt relieved knowing what exactly was causing me to be that ill.”

“Luckily, I was in a really good hospital with doctors and nurses who really love their jobs,” says Loveness. Extra-pulmonary TB is treated the same way as regular TB, with a long course of antibiotics. Loveness was instructed to take the medication every day for six months and not to miss any days or to stop taking the medication, even when she started to feel better.

Loveness found it hard to swallow the tablets at first but after a few days she was able to take them without any problems. “It is important to continue taking the medication as advised by a doctor,” advises Loveness. “And try to live a healthy lifestyle!”