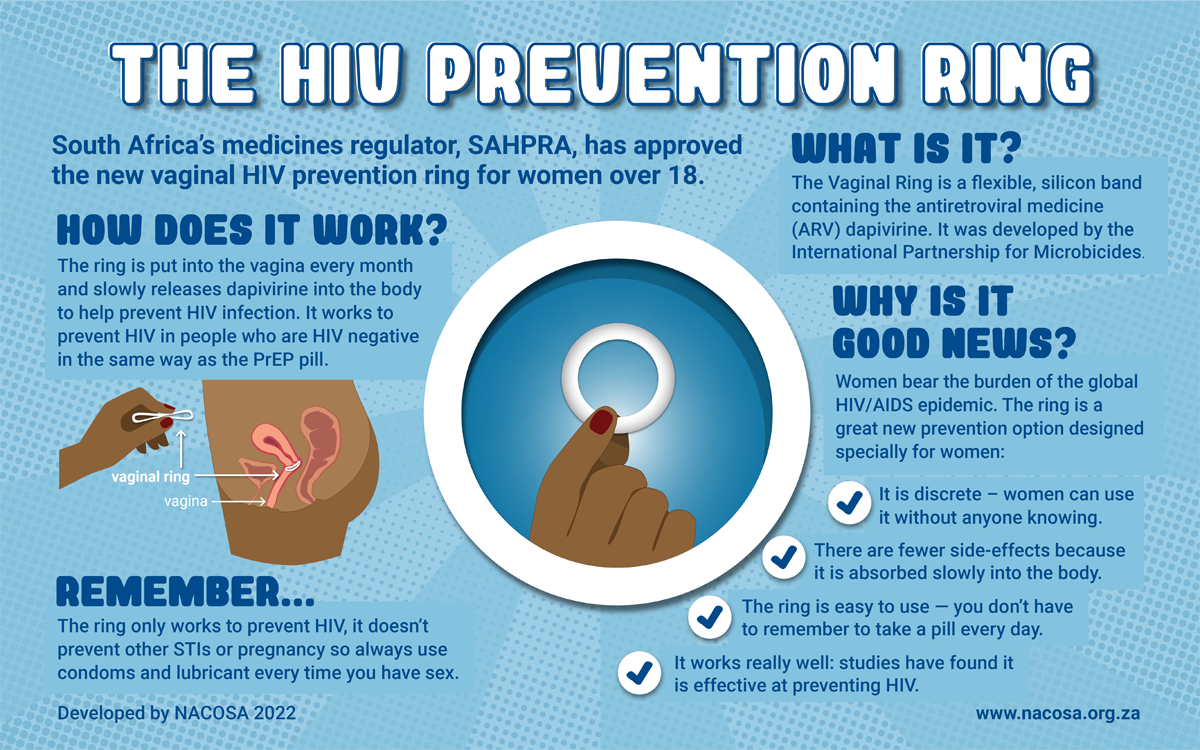 South Africa’s medicines regulator, SAHPRA, has approved the new vaginal ring for use by women ages 18 and older to reduce their HIV risk. This is a major milestone, bringing the first long-acting and woman-controlled product a step closer to reaching the women who need it.

How does it work?

The ring is put into the vagina every month and slowly releases dapivirine into the body to help prevent HIV infection. It works to prevent HIV in people who are HIV negative in the same way as the Pre-Exposure Prophylaxis (PrEP) pill.

Why is this good news?

Women bear a disproportionate burden of the global HIV/AIDS epidemic, with nearly two‐thirds of new adult infections in South Africa occurring among women. The ring is a great new prevention option designed specifically for women.

REMEMBER: The ring only works to prevent HIV, it doesn’t prevent other sexually transmitted infections (STIs) or pregnancy so people should always also use condoms and lubricant every time they have sex.