Taking the vaccine to key populations 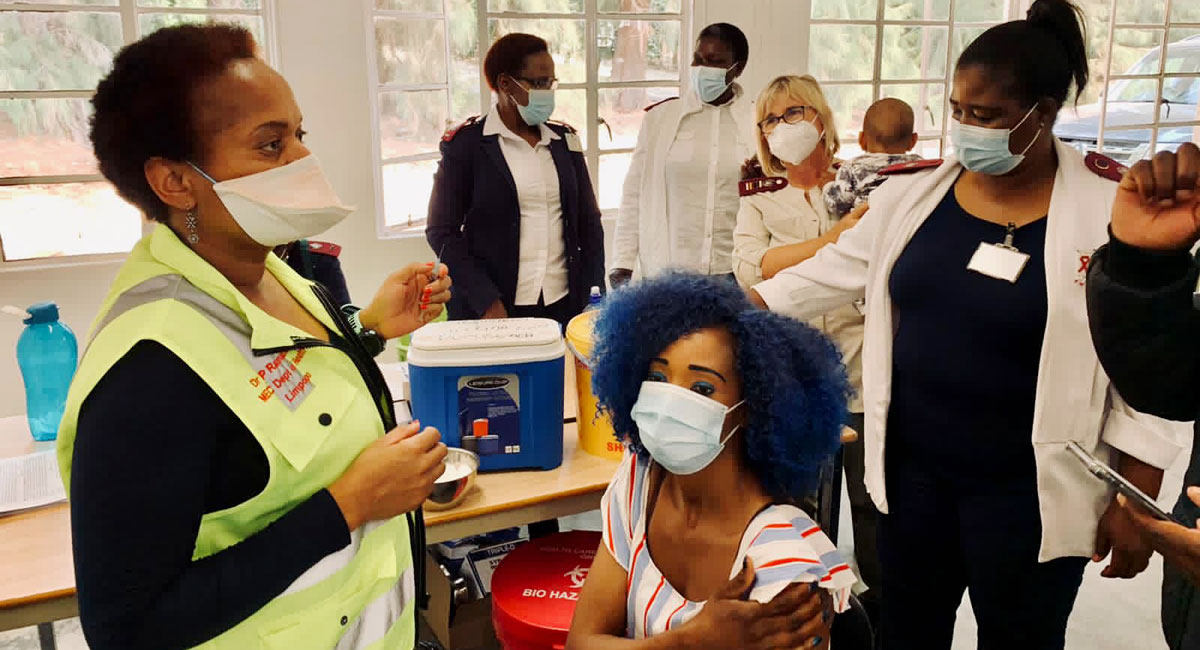 Sex workers and people who inject drugs, who are considered ‘key populations’ in terms of HIV, face huge barriers in accessing health services, even in the best of times. During a global pandemic, this issue is even more acute. These groups are not only more at risk of contracting Covid-19, but many are also more likely to become seriously ill if they do contract Covid-19 (a high proportion of key populations are living with HIV, TB and other co-morbidities that make them vulnerable to Covid). Despite this, they are struggling to access the national vaccination programme.

Many key populations are undocumented, which means they are not able to register on the national vaccination system (EVDS). According to Leora Casey, NACOSA’s Key Populations Manager, “The EDVS system can only generate a vaccine number with an ID number, which a lot of the key populations do not have. This has made it very difficult in some districts. What some districts have done is to ask our implementing organisations to get affidavits for people that don’t have ID numbers. But this will be almost impossible for anyone who is not part of a programme like ours.”

The Department of Health is aware of this issue and is currently working on a remedy. According to a communication issued by the department at the beginning of the month: “By mid-October, we hope to be able to extend vaccination to everyone without documentation.”

Travel to get to vaccine sites has also been difficult. “We are attempting as much as possible to get the vaccine to key populations and not the other way round. Waiting lines for people who inject drugs is a massive challenge – as they don’t want to go into withdrawal so careful planning and sensitisation has been needed,” continues Leora. “Key populations often move around a lot so the two-dose Pfizer vaccine is not ideal. We’ve tried to ensure that, as much as possible, the people we work with are accessing the single-dose Johnson & Johnson vaccine.”

One of NACOSA’s partners in Limpopo, Hlokomela, are playing their part in taking vaccines to key populations. Through a number of vaccination outreach days, the organisation goes into communities to vaccinate groups of people who are often overlooked like refugees, farm and migrant workers and sex workers. The organisation has facilitated the administration of 5,000 vaccinations so far and aims to do another 5,000 more in the next few months.

“We are extremely thankful for the support we’ve received from our partners, farmers, local business and community members in general,” says the organisation. “A massive thank you goes out to all the volunteers, the Hlokomela Nompilos and the outreach team. Your commitment and efforts are an inspiration and we could not do this without you.”

NACOSA’s Sex Worker programme, funded by the Global Fund, mobilises sex workers to address extremely high rates of HIV and AIDS, while championing sex workers’ health, human rights and wellbeing. According to Hlokomela: “Fighting the spread of COVID-19 now forms part of the great work this amazing partnership is doing.”

Misinformation has also played a deadly part in reducing the uptake of the vaccine, particularly among groups of people who are often in conflict with the law and view authorities with suspicion and distrust. This makes the work of community organisations like Hlokomela – and the many others NACOSA works with across the country – all the more important. “We have already worked hard over many years to build trust with our key populations,” says Leora.

“So we are on a massive drive to get the vaccine to sex workers and people who inject drugs and to reassure them that it is safe and effective at preventing severe disease, hospitalisation and death from Covid-19.”