Saying goodbye to ‘just say no’ 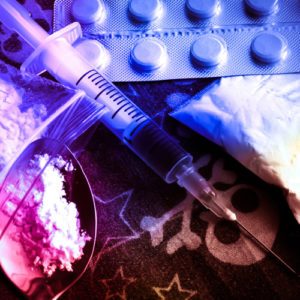 South Africa’s response to drug use has been similar to the initial response to HIV and AIDS: promoting abstinence. The so-called ‘just say no/war on drugs’ approach from the 1980s has, like many other things from the 1980s, outstayed its welcome. The abstinence approach only works for a small minority of people, there are high levels of relapse, and it is extremely difficult to access rehabilitation services in the country. For young people in particular, the ‘just say no’ messaging has little impact. It is now widely accepted that the global ‘war on drugs’ has failed.

According to the South African Central Drug Authority, at least 15% of South Africans are said to have a drug problem but this is likely to be just the tip of the iceberg. Drug use is often under-estimated because people do not always want to disclose their drug use. The impact of drug use is conclusive, however, South African police data showed a 123% increase in drug-related crimes in the 10 years from 2003 to 2013.

More effective strategies – that address the social and health aspects of drug  use – are clearly needed. South Africa is slowly moving away from the abstinence approach towards what is called ‘harm reduction’. Harm reduction is a set of strategies and interventions aimed at reducing the harmful consequences associated with drug use. This includes reducing the harm that a person may inflict on themselves due to drug use, as well as the harm that they may inflict on the people around them due to the drug use. The impact of drug use on public health include:

People who use drugs are a sub-population of the at-risk and vulnerable populations that NACOSA works with, like adolescent girls and young women and sex workers. The intensity and use of substances and illicit drugs in these groups will differ, but taking a harm reduction approach produces far better results than the abstinence-only approach. We cannot stick our heads in the sand and pretend drug use doesn’t happen but we can do something to protect the health and wellbeing of both drug users and the communities in which they live.

The practical steps we can take as part of the harm reduction approach include:

One of the most important things is to sensitise communities on the importance of harm reduction to create a greater understanding around drug use and its consequences. This is especially important in schools and in traditional and religious communities.

Young people who use drugs need a tailored and collaborative approach to harm reduction, centred on psychosocial support. Experience has shown that engaging young people who use drugs with an abstinence only and authoritative approach does not work well. Young people need support to address the circumstances that got them into drug use, as well as the home, family, school and social circumstances that may support drug use.

When working with people who use drugs, choose the harm reduction approach. It values life, choice, compassion and respect over judgment, stigma, discrimination, prejudice and punishment.

* OST is a treatment where drug users are prescribed a substitute substance similar to the drug they normally use, that is not as harmful and helps them to reduce drug use without dangerous withdrawal symptoms.