The truth about teen pregnancy 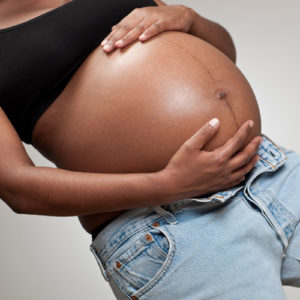 Young people, particularly young women, are often portrayed as irresponsible and feckless – getting pregnant young and having children that they can ill afford. We are frequently warned about rising rates of teen pregnancies and the affect this is having on society. The fact is that overall, the percentage of women age 15-19 who have begun childbearing is unchanged since 1998. But the numbers are still high and there is no doubt that early pregnancy can have a negative effect on a young woman’s life chances. To find ways to stop our children having children, we need to dig deep into the causes of teen pregnancy.

About 1 million babies were born in South Africa in 2017. A staggering 6.8% of them were delivered by young women between the ages of 10 and 17. Rates of teen deliveries vary by province from 5.7% in the Western Cape to 9.5% in the Northern Cape, the province with the highest rate. Stats SA’s Demographic and Health Survey found that most young women in South Africa are sexually active by the time they are 18 years and 14.8% are likely to fall pregnant by the time they are 18. About 16% of women aged 15-19 years have begun childbearing and 12% have given birth.

Looking at the data, poverty appears to be the major factor in teen pregnancy rates. The same Demographic and Health Survey found that the areas in South Africa with the highest teenage pregnancy rates are also those with the highest poverty rates. Poverty can lead to transactional relationships and age disparate relationships (where young women are having sex with men 5-8 years older than themselves) and both of these are also well-known risk factors for HIV. Add to this the high levels of gender based violence in South Africa and we have a perfect storm for both teen pregnancy and HIV infection. Poor access to information about sex, sexuality and pregnancy prevention, limited access to sexual and reproductive health services, especially in rural or isolated communities (early childbearing is more common in non-urban areas than in urban areas) and substance abuse all contribute further to the risk.

What happens to a woman if she falls pregnant as a teen? For a start, she will likely miss a great deal of school and may even drop out entirely. Teenage mothers are more likely to experience adverse pregnancy outcomes and children born to very young mothers are at increased risk of sickness and death. Teenage mothers may suffer, her life chances will be limited and this will further exacerbate poverty, creating a cycle that becomes difficult to break. Being financially responsible for a child at a young age may make a young women more vulnerable to transactional sex and intimate partner violence.

Most teen pregnancies are unplanned and only 20% of teenage mothers access the child support grant.

Allowing young people to access non-judgmental, youth friendly information on sexual and reproductive health including modern contraception methods like condoms, HIV and sexually transmitted infection, emergency contraception and pregnancy termination is a critical first step in reducing the rate of teen pregnancy. Civil society can work with government and parents to encourage young people to access these services and to be counselled and provided with post-service support.  Services need to be where young people are – in schools and at colleges or universities – and when it is convenient, like after school and on Saturdays. A great deal of work still needs to be done to make our health services youth friendly, staffing them with younger people with a non-judgmental attitude.

Finally, once a young person becomes pregnant, we should not wash our hands of them but rather provide them with additional support like antenatal care, parenting programmes, post-natal care, child care and help to go back to school. Young parents need to be able to move forward with their lives and access education and employment opportunities, just like any other child.

To deal with the issues, the Department is developing a new National Policy on the Prevention and Management of Learner Pregnancy in Schools.