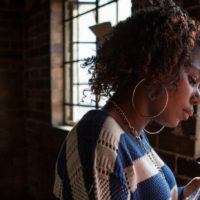 NACOSA notes the release of the South African Law Reform Commission report on Project 107 dealing with Adult Prostitution. We are concerned about the impact that the continued criminalisation of sex work will have on the lives of sex workers, particularly as it relates to high and increasing rates of HIV, AIDS and TB in this vulnerable population. NACOSA reaches over 50,000 sex workers per quarter with a human-rights based packaged of services to save the lives of sex workers through access to health and related services. In our experience of working with this vulnerable group, they face chronic levels… 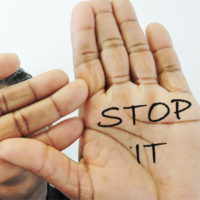 South Africa is in the grip of an epidemic of violence against women and children. Let’s join together and do something about it. Sign the campaign petition: End the Violence: Commit to a National Plan on Gender-Based Violence. The campaign calls on government to commit to a National Strategic Plan on Gender-Based Violence (GBV). This plan must focus on better service delivery for victims of violence, address the critical primary prevention aspect of GBV and the roll-out of prevention programmes that should address harmful gender norms and masculinity and equitable relationships amongst men and women alike. It should provide a… 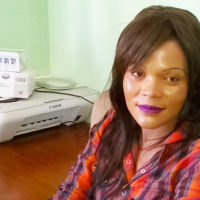 TB is normally associated with the lungs so most people don’t realise that TB can affect other organs of the body – like the brain, stomach and joints and bones. Loina Loveness Charumbira, a 32 year-old site coordinator from Gauteng, was diagnosed with extra-pulmonary TB in 2008. She shared with us how she was diagnosed, her treatment and how she conquered this rarer form of the disease. When Loveness found herself getting sick and after a few days couldn’t walk or talk, she was admitted to hospital for tests. The test for extra-pulmonary TB (EPTB) was uncomfortable and it took… 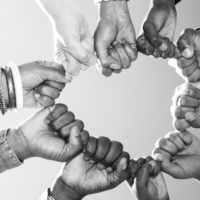 The National Lotteries Commission (NLC) has awarded a R2.06 million grant to the Networking HIV/AIDS Community of South Africa (NACOSA) to establish and strengthen systems that can respond effectively to the needs and priorities of the country’s HIV, AIDS and tuberculosis response. New and innovative training models for community organisations and local structures will be developed and rolled out, thanks to the grant. DOWNLOAD THE MEDIA RELEASE > Poverty and inequality, HIV, AIDS and TB, violence and unemployment are key challenges facing South Africa – challenges that are integrally linked and interdependent. Civil society plays a vital role in mitigating… 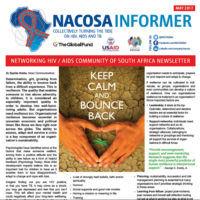 Keep calm and bounce back: Determination, grit, growing from failure, the ability to bounce back from a difficult experience. This is resilience. The quality that enables someone to rise above adversity. In children, it is considered an especially important quality in order to develop into well-functioning adults. But organisations need resilience too. Organisational resilience becomes essential in uncertain economic and political times like those we face right now across the globe. This issue of the Informer is all about rising to the challenges and resilience.

Funding the biggest challenge for members 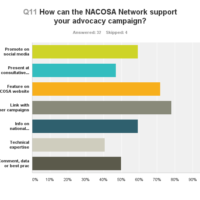 NACOSA Network members – some 1,500 organisations across the country – are at the forefront of helping to build healthy communities in Southern Africa. In our latest membership survey, 80% reported lack of funding as one of the biggest challenges they face. This was in stark contrast to the 2015 survey where only 63% reported lack of funding as a challenge. The 2017 survey focused on the challenges facing organisations, the systems they have in place to address these challenges and how NACOSA can actively support their advocacy work.  The valuable insights provided will help NACOSA further improve and develop… 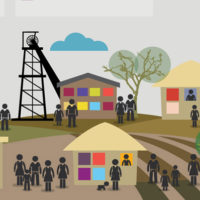 Key Populations are groups of people who are most at risk of getting and passing on HIV, STIs and TB. You will also hear people using other terms, including vulnerable, at-risk and priority populations. The second of our Community Systems Toolbox series looks at Key Populations, definitions and intersections between key population groups. Get more systems strengthening resources here: COMMUNITY