Measles outbreak – what to do 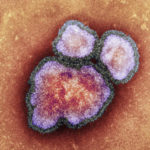 The Department of Health has called on all members of the community to be extra vigilant with a measles outbreak reported in the Western Cape and Gauteng. South Africa has set a measles elimination goal so a single laboratory confirmed measles case is considered a potential outbreak.

In a press release issued by the Northern Cape Department of Health, detailed information about measles was provided.

Measles is a highly infectious disease spread by droplet infection when an infected person coughs or sneezes but it can be prevented by effective vaccination with the measles vaccine.

A suspected Measles case is a person of any age who presents with the following symptoms:

If untreated, measles can cause the following complications:

The risk of death from measles can be reduced if the disease is detected early before complications set in. It is very important to take the person to the nearest health care facility as soon as measles is suspected. The treatment of measles is symptomatic .i.e. treat the symptoms as they appear.

Measles is particularly dangerous in children and people with compromised immunity, like those living with HIV.

What can you do?

Parents should check the Road to Health booklet of her/his child to ensure that the child received a dose of the measles vaccine at 6 months and another dose at 9 months. Members of the community are urged to be extra vigilant and immediately seek medical treatment should they observe the symptoms in them or their children.  Community organisations and structures are urged to share this information widely.