World TB Day on 24 March has the theme “Unite to End TB”. But there is much work to be done to achieve this, particularly in South Africa. 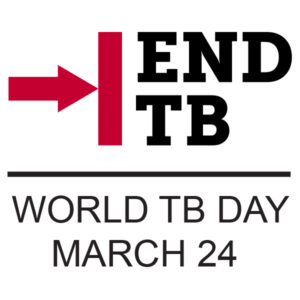 We are one of the countries with the highest burden of tuberculosis (TB) – the third highest incidence of any country after India and China. And the incidence has increased by 400% over the past 15 years (Department of Health, 2017). It is estimated by the World Health Organisation that 66% of people in South Africa have both HIV and TB infection. TB is still South Africa’s leading cause of death (Stats SA, 2017).

NACOSA board member and head of operational research at the Desmond Tutu TB Centre at Stellenbosch University, Dr Pren Naidoo, said in an interview in 2015 for the NACOSA annual report:

“It’s a slow epidemic, and our approach needs to be of continuous improvement and mobilisation.”

Although TB is curable with antibiotics, it persists as a significant global health threat. In 2015, more than ten million new cases of TB were reported and almost two million people died from it, according to Michael Fairbanks in a February 2017 article Why Tuberculosis Persists.

“The incidence of drug-resistant TB is on the rise, because the health-care systems of poor countries lack the resources to screen for TB and to help patients comply with their therapies.”

Yet the World Health Organisation recently removed TB from the first-ever Global priority list of antibiotic-resistant bacteria to guide research, discovery, and development of new antibiotics,  published at the end of February. The move has drawn strong criticism from many in the TB response. 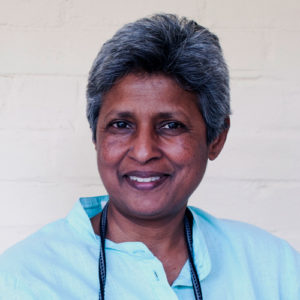 “We haven’t mobilised community action,” Dr Naidoo went on to explain. “There needs to be a sense of common responsibility.” About one fifth of diagnosed patients don’t get onto treatment, and “that’s the black hole”.

To be effective, TB medication must be taken strictly every day for six to 18 months, depending on the strain of TB. Poor adherence adds considerably to the treatment ‘black hole’ and increases transmission rates.

The result of all of this has been a growing problem with drug-resistant TB. More worrying still, recent findings published in Lancet Respiratory Medicine by a UCT-led team, described a strain of extensive drug-resistant TB (XDR-TB) that is simply incurable. (University of Cape Town, January 2017, TB: New incurable strains)

There is hope, however. Use of new tuberculosis drugs pioneered in South Africa may be the key to cutting down treatment time for multi- and extensively drug-resistant (MDR and XDR) TB, according to research. The new drugs – available only selectively in South Africa at the moment – also cut the amount of medication needed each day which could significantly improve adherence. (Bhekisisa, February 2017, Two drugs could be the key to quicker TB cures).

Sixteen different TB vaccine candidates are currently in clinical trials (some in South Africa), with a handful approaching or currently in proof-of-concept studies in the field and many more in pre-clinical development (WHO, 2015, TB Vaccine Development).

Last year, a team of scientists from the University of Cape Town, Oxford University and the London School of Hygiene & Tropical Medicine discovered new biomarkers that reveal how we can improve the development of more effective vaccines against tuberculosis (UCT, April 2016 Biomarker discovery offers hope for new TB vaccine development). 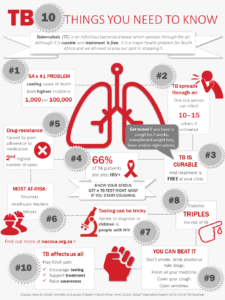 Ultimately, you can have all the best treatments and vaccines in the world but without good community and health systems, people won’t get tested and they won’t stay on treatment until they are cured. This makes the end of TB one of our greatest health challenges.

“It’s about all the systems and services surrounding health. We need to be smarter, provide better quality services and work more closely with communities,” concluded Dr Naidoo.

As civil society, let’s unite to do just this.