Databases can save lives. No, seriously! A very special initiative to build and maintain a database of domestic violence shelters and NGOs working with victims of domestic and intimate partner violence in South Africa is a clear case of database activism. 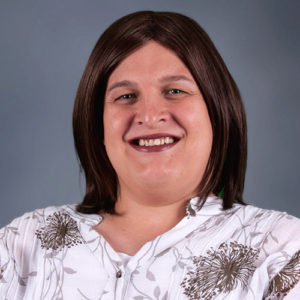 Juanita Van Zyl, Manager of the GIS division at Manstrat, saw someone share a link of shelters on Twitter during the 16 Days of Activism for No Violence Against Women and Children. “When I followed the link, I found shelters in every single state of the United States. Out of interest, I did the same for South Africa. I found various websites and organisations, but no national list.” Juanita contacted a few South African NGOs but no one could provide her with a national list. Most agreed it would be of great benefit and use.

NACOSA’s Gender Based Violence Specialist, Sharon Kouta, concurred: “This is critically important work. People need to know how to find a shelter so they can get to safety but also how they can support the work of shelters – many are really struggling with funding for the basics like electricity, security (very important for a shelter!), food and toiletries.”

After consulting with NGOs and other experts, Juanita and her team, Pretty Duma and Daphney Bakgoeng, have set about gathering and putting the information into a GIS (geographic information system) database. “Once completed,” said Juanita, “We will make a document available to all who are interested. We will then manage and update this dataset every year.” 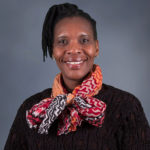 Daphney Bakgoeng has been working on the NGO dataset

Special care will be taken with publishing the physical location of shelters. Sharon Kouta explains: “You will find that shelters often do not publish a physical address as abusive partners will try and locate them and thereby placing the lives of the women and their children and the staff at risk. Most shelters will answer their office telephone by not stating the name of their shelter. All this is done as a safety precaution.”

The database will therefore have public and privately available information – making it possible for NGOs working with victims of domestic violence to locate shelters and refer people, without putting anyone at risk. 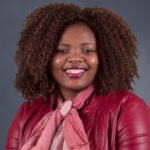 Pretty Duma is working on the shelter dataset

“The main goal of this initiative is simple. Information of such a nature should never be difficult to find and should be available to everyone.”

Sexual and intimate partner violence is a major driver of South Africa’s HIV epidemic. Addressing gender based violence is therefore a priority, as is the prevention of violence against women. NACOSA’s Gender Based Violence Programme, funded by the Global Fund, acknowledges the importance of both prevention and response. This programme works closely with shelters and NGOs to support access to domestic violence shelters providing psychological support, HIV education and testing services as well as life skills, education and economic empowerment workshops.

With women who experience intimate partner violence over 50% more likely to become HIV positive – as well as being more at risk of violent, premature death – this database really does have the potential to save lives.