Be inspired by three resilient young men and women who survived HIV, TB and malaria and who are determined to end the three diseases as epidemics – for good. Watch this short video from The Global Fund 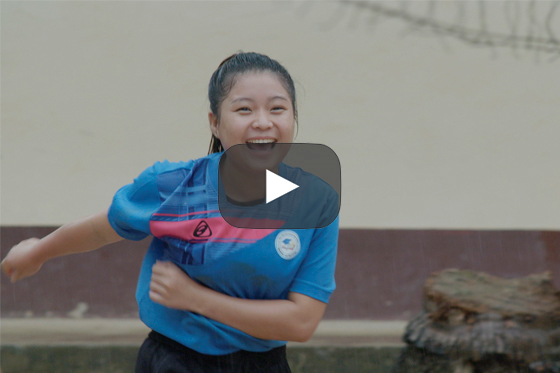 AIDS, tuberculosis and malaria affect millions of young people around the world, but with the right treatment and care, they can still go on to achieve their dreams and live life to the fullest. Lerato, from South Africa, Mykola, from Ukraine, and Lah Poe, from Thailand, have overcome tremendous health challenges. Today, they are calling on the world to not let these diseases beat others.

The numbers behind the epidemics are daunting. Worldwide, 37 million people are living with HIV. Every day brings 26,000 new cases of TB. Malaria kills 438,000 people each year. But behind these figures are the faces of real people. Individual lives forever changed by the epidemics.

The Global Fund has set a target of raising US$13 billion for the next three years as part of efforts to end the epidemics, and it will take broad engagement and excitement to reach that goal. On 17 September, Usher, Half Moon Run, Metric, Grimes, and Charlotte Cardin will headline a free-ticketed Global Citizen Concert to End AIDS, TB and Malaria, to rally support of youth in support of the Global Fund and to celebrate progress in global health. On 16 and 17 September, Canadian Prime Minister Justin Trudeau is hosting a Replenishment Conference in Montreal that will gather world leaders and decision-makers to set funding for the next three years to help end these epidemics.

Together with Lerato, Mykola and Lah Poe, we can be the generation that can finally end AIDS, TB and malaria, for good.