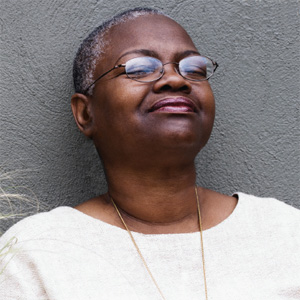 HIV and AIDS disproportionately affects young women and girls in South Africa, so most of the research, information and HIV/AIDS interventions are increasingly focusing on this group. But what about older women who become HIV positive and those who were infected as young women but are now ageing on antiretroviral treatment? Nomthandazo Mbandazayo, SANAC Women’s Sector Coordinator reported in our May Informer on this overlooked group of people living with HIV and AIDS.

Ageing is encircled by many negative stereotypes, including that older women are not sexually active, often resulting in a complete neglect of older women in HIV/AIDS policies and programmes.  But according to the World Health Organisation, older women remain sexually active until the end (WHO, 2007). HIV prevalence among adults aged 50 and older in South Africa is estimated at 6.4% and is particularly high among Africans, women aged 50–59 and those living in rural areas. HIV prevalence among women aged 50–59 years is considerably higher than among men of the same age (Negin et al, 2012:4).

The number of older women with HIV infection is expected to increase for two reasons: the rate and incidence of new infections in this age group are increasing; and women already in care for HIV infection are expected to live longer due to treatment advances.

I fell ill while in Johannesburg, went to clinics and doctors all could not tell me what was wrong with me. Eventually I decided to go back home in Limpopo. One day I went to a local clinic and I was told that I am HIV positive. It was hard to believe since I had not had any sexual contact for fourteen years. I have been on Anti Retro Virials for eleven years. I am getting weaker by the day and my eyesight is getting affected. Sometimes I feel like it is just too much. – Jane Mokoena*, Limpopo

Patients aging with HIV are more likely to develop non communicable diseases (like cancer, diabetes, high blood pressure and heart disease) and at an earlier age, threatening the long-term survival and day-to-day quality of life of older people living with HIV. Approximately 30% of people aged 50 years and over had two or more chronic conditions in South Africa (UNAIDS 2013:6). There is also evidence that adherence can suffer when individuals are experiencing several chronic conditions at the same time, and people living with HIV who are 50 years and older also appear to be at greater risk of infectious diseases like tuberculosis (UNAIDS 2013).

According to the UNAIDS factsheet, HIV and Ageing: “The aging of the HIV epidemic could also affect other social sectors. The demand for financial support for older adults (including pensions) in countries with large numbers of people living with HIV may well be higher than anticipated before their HIV treatment scale-ups began in earnest.”

The co-existence of HIV/AIDS with other diseases in older women poses complex challenges for an already taxed healthcare system: evidence is needed to better inform the South African health system and build its capacity to respond to multiple comorbidities. This must start with dispelling negative stereotypes of ageing and highlighting the issues faced by older people living with HIV and AIDS.

* Not her real name